In the 3rd edition of our series, Docker for Noobs, we will explore about Docker Images and Containers.

What is a Docker Image?

Docker Image refers to a template structure that consists of binaries and libraries. A Docker Image is made up of several layers. These images are available in public or private repositories that can be re-used by others to serves as the basis for their development work.
An Image can be as simple as a Hello World text output or a full-fledged OS with Web Server within it. An Image in itself is a read only file that is immutable.

Images are BUILD using a Dockerfile which consists of a set of commands where each command creates a layer in the image.

What is a Docker Container?

Difference between Docker Image and Container

The best way to explain difference between a Docker Image and Container is as follows:

The Developer Way- You have a class and instantiating that class creates an object of it. You can create several objects of a class. Here, Class is similar to Docker Image while Objects that get created from that class can be referred to as Containers.

Getting your first Docker Image

Docker Images, as mentioned earlier, can be present in public repositories or private repositories. For the sake of simplicity, we will use the docker public repository at- https://hub.docker.com/explore/ for seeing the list of available images and getting one on our local machine.

If you go to https://hub.docker.com/explore/, you will see several repositories. Let us take the Alpine for our example. Alpine is a minimal Docker image based on Alpine Linux. An Image can be pulled from here using the command:

When you type this command in your terminal window, you will see that it pulls the image from Docker Hub and downloads it to your local system. Once the image is downloaded, you can see the list of available images on your system by running the command:

The above command will list out all Docker Images available on your system. 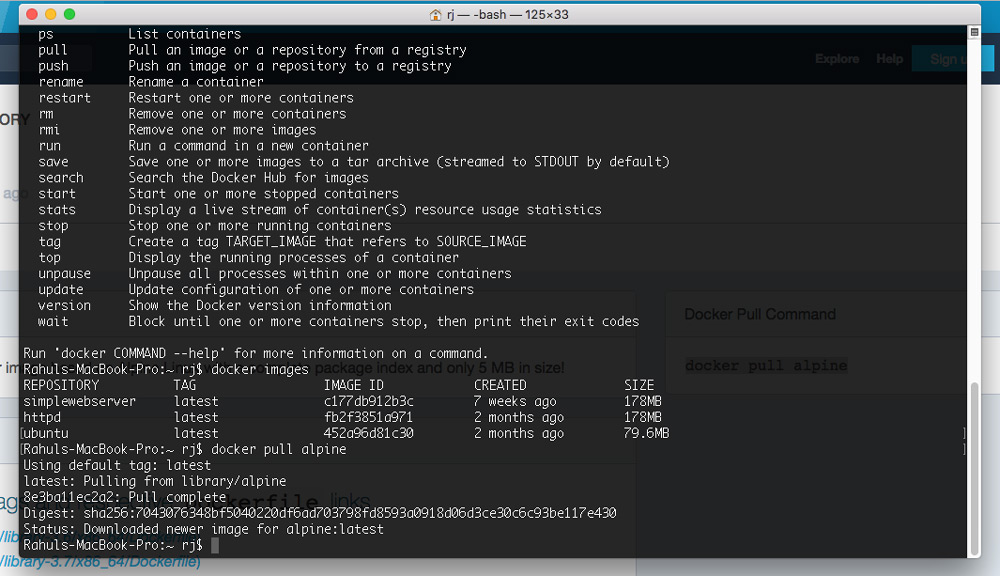 On running the command, you will see that it shows the Container ID which was assigned to it, the Image on which this container was based and the Status of Exit as it was closed on launch. 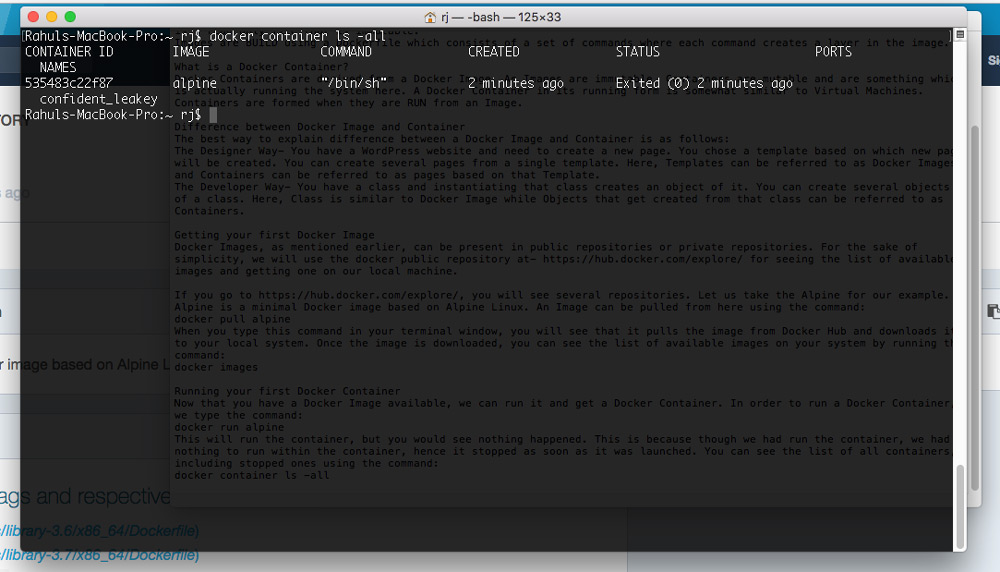